Welcome to the website of the Metropolitan Grand Stewards’ Lodge No.9812

After much work and support, permission was granted, and with the twenty stewards appointed in February 2005 the lodge was founded.

Lodge membership is open to Brethren appointed to the office of Metropolitan Grand Steward which means that the lodge should grow at the rate of twenty new members each year.

In its short history, the members hope that they have succeeded in living up to these aspirations and look forward to continuing to do so for many years to come. 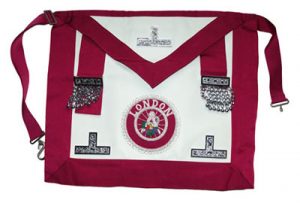 The consecration took place in the Grand Temple in Freemasons Hall, London, in the presence of the Past Metropolitan Grand Master, RW Bro. Rex Thorne, OBE.

The Primus Master of the Lodge, W. Bro. Christopher Burgess, LGR was installed into the Chair of King Solomon of this ‘Red Apron’ Lodge by the Deputy Metropolitan Grand Master, RW Bro. Russell Race, PJGW.

W.Bro Burgess appointed his Officers, following which the Address to the Worshipful Master was given by RW Bro. Robert Tile.

Finally, the Address to the Brethren was given by the then Chairman of the Ripon Group of London Lodges and Chapters, of which the Metropolitan Grand Stewards’ Lodge became a member, VW Bro. Charles Grace, PGSuptWks, who presented the lodge with a beautifully embroidered tablecloth for the Secretary’s and Treasurer’s table.

We are also so thankful The Primus Past Metropolitan Grand Master, RW Bro. Rex Thorne donated the lodge’s wonderful ashlars.

The Ceremony in the Temple concluded with the Worshipful Master and the members of the Lodge showing their delight in welcoming the RW Metropolitan Grand Master, his Consecrating Team together with RW Bro. Rex Thorne, and the brethren who gave the Addresses as Honorary Members of the Lodge.

The Brethren then retired to the Connaught Rooms where one hundred and twenty four Grand Officers and two hundred and fifty three Brethren dined together on this, a most memorable day for London Freemasonry and for those witnessing the birth of a new Grand Stewards’ Lodge.

The Metropolitan Grand Stewards Lodge has been proud to support these and many other good causes since its founding a few years afterwards and has achieved awards in most if not all of the appeals to date and this year earned the METROPOLITAN GRAND MASTER’S AWARD FOR SPECIAL ACHIEVEMENT FOR THE FIRE BRIGADE APPEAL.

In previous years we were honoured to achieve

And we don’t only give to the Metropolitan Grand Lodge sponsored charities. We have always strived to donate some of the charity money we collect to non-masonic causes. For instance, we have also donated quite large sums to the Crosslight Advice (Chiswick Branch), a charity which deals with poverty and distress, and the Pilgrims Hospice in the past year alone.

Does your lodge have a meeting without a ceremony to perform?

Would you like to see something unusual, educational and entertaining?

This demonstration is unlike anything else available in London at the moment. The MGSL Team works an abbreviated version of the 1st Degree catechetical lectures, which runs for about 45 minutes. It includes a detailed explanation of the symbolism of the 1st Degree Tracing Board, as well as many other interesting sections. It does not repeat any part of the Initiation Ceremony and is staged by 6 members of MGSL.

We currently have a team of about 25 members but are recruiting more from the membership of the Lodge to keep the ability to field a team on as many occasions as possible going forward so if you are a member of The Metropolitan Grand Stewards’ Lodge no 9812 and are new to the Lodge or have not considered doing this before and have some spare time why not contact the Demonstration Team Coordinator with a view to joining the team.

If you are a Lodge who would like to host one of our demonstrations you can apply to the Demonstration Team Coordinator, Alan Giddings LGR by E-mail at:

In 2013, an ‘Emergency Ritual Team’ was launched with the driving ambition to try to ensure that every London candidate received an excellent ceremony where possible. It was recognised that for various reasons, a Lodge may find itself without someone to competently fill an office, or without someone to confidently deliver a particular piece of ritual without needing to read from the book, and that if left unaddressed, this may impact on the experience the candidate had while going through the ceremony. As such members of the Metropolitan Grand Stewards Lodge (with the valuable assistance of other outstanding ritualists – particularly members of the various Ritual Lodges of Instructions or Ritual Committees) formed an “Emergency Ritual Team” so that should a Lodge find itself in this situation, they could submit a request to the Emergency Ritual Team Coordinator who would allocate the work to an appropriate member of the team.

In terms of how the team is organised, these volunteer members identify which offices or pieces of ritual they are competently able to cover at relatively short notice, and for which ritual variation(s). The team coordinator then maintains that register of team members and what they are able to do, and so when a request comes in, he will contact the appropriate team members to see who is available and able to assist, and once identified, the coordinator will put them in touch with the requester to finalise any relevant details.

While the team was originally called the “Emergency Ritual Team”, and has on occasion been able to support requests that have come in on the same day of the meeting, the more notice the coordinator is given that a Lodge needs assistance, the more likely he will be able to organise someone to assist. Indeed, we have recently “re-branded” to be called the “Craft – Ritual Support Team” – to highlight that it is not just for emergencies that the team should be considered, but rather for any situation where a Lodge requires some ritual support to help ensure the best experience for their candidate(s), While we cannot guarantee that we be able to support every request, we will certainly do our best… At the time of writing, the team has assisted just over 100 meetings since it was established.

It is expected that Lodges who call on the support of the team to assist them would offer to cover the cost of the Team members meal, or should that brother not wish/be able to stay for the festive board, then an equivalent amount would be donated to the Ritual Support Team’s Relief Chest. Some Lodges have been generous enough and in a position to do both.

It is worth noting that while the craft team also includes many excellent Royal Arch ritualists, this team predominantly only supports Craft requests at this time, but there is an equivalent  Chapter team who may be able to assist if required – they can be contacted via ChapterERT@virginmedia.com

If you have a problem… if no one else can help… and if you can find them… maybe you can hire… The R-S-Team! (cue the A-Team theme music)